Today King World News is pleased to share a fantastic piece which give readers a remarkable view of the war in the U.S. dollar (crucial to gold and silver) and crude oil markets.  This piece also includes two key illustrations that all KWN readers around the world must see.

April 8 (King World News) – The latest Optimism Index update for currencies and commodities showed a dip in sentiment in the U.S. dollar, to levels about as low as they've gotten since last September when the uptrend went parabolic.

The three other times sentiment dipped like this, the dollar took off again. Should it refuse to do so this time, it gives a minor heads-up that the unrelenting uptrend is at least heading for a longer pause (see chart below). 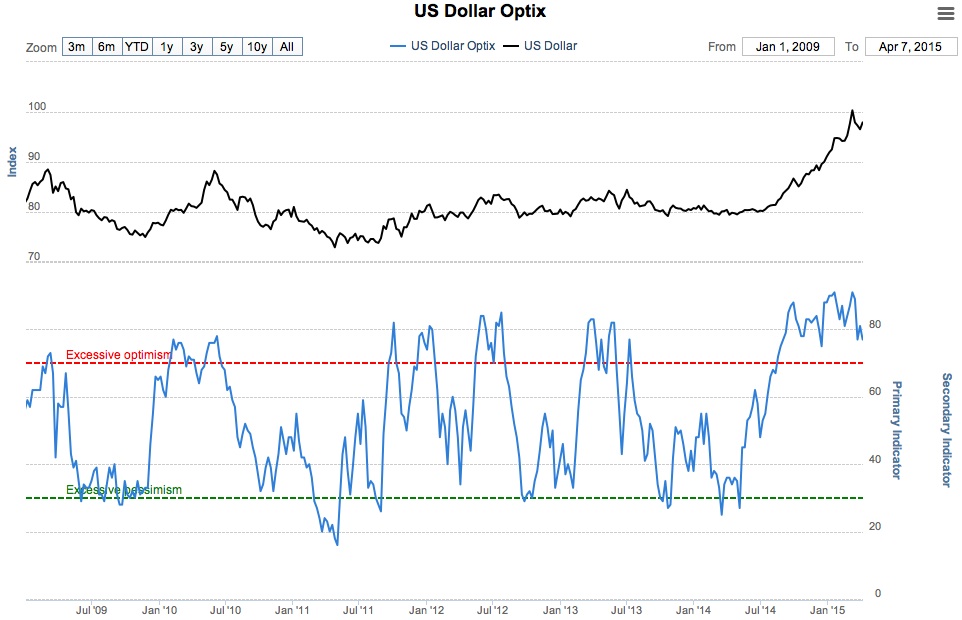 Volatility in crude oil over the past several months has reached a point that coincided with other long-term lows over the past 30 years (see chart below). 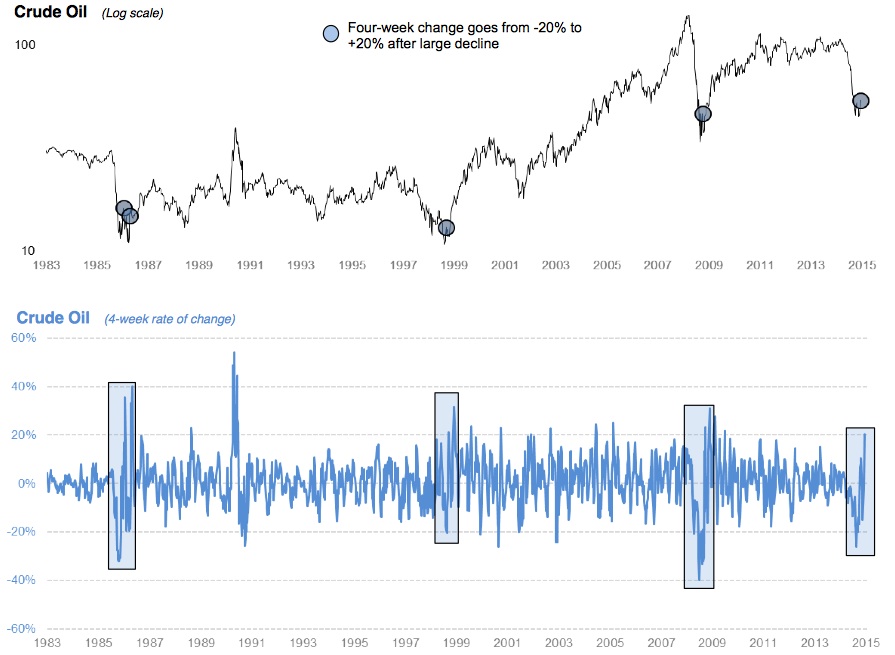 In December, then again in January and February, we took a look at the collapse in crude oil, and what should be ahead based on the few precedents that existed.

Assuming we would see a typical post-crash recovery, what we were looking for is a multi-month period of back-and-forth price swings, with extreme volatility, then finally a move to a higher high. We've finally seen that, or at least the initial signs.

Not surprisingly, the precedents line up with the other post- crash instances we looked at starting in December. It's still a little early to put this in the books, because this week isn't yet closed out. Crude would have to hold near current

levels until Friday for the study to trigger, but even so, it would have to collapse in the next few days in order to not see a huge rally from where it was a month ago. It is currently selling off after hours due to a large inventory increase, so we'll see how the rest of the week goes.

In the shorter-term after the other occurrences, there was still high volatility. The next four weeks mostly saw selling pressure as the big gains got consolidated.

The gains started to accumulate after several months, so again this is a long-term pattern that is on the cusp of triggering." This is just a portion of the latest fantastic report. To try a free 14-day trial of the internationally acclaimed work that Jason Goepfert produces at SentimenTrader simply CLICK HERE.

***ALSO JUST RELEASED: Richard Russell – The "Bear Market In Gold Is Over" As Desperate Fed May Usher In QE4 And A World Of Hyperinflation CLICK HERE.