On the heels of the silver breaking above $18 before pulling back and the Dow and Nasdaq hitting new all-time highs, today King World News is pleased to present an important update on the war in the gold and silver markets from Michael Oliver at MSA. Oliver allowed KWN exclusively to share this key report with our global audience.

By Michael Oliver, MSA (Momentum Structural Analysis)
February 10 (King World News) – The spread between silver and gold is doing what a precious metals bull should like and expect.  It is MSA’s view that the decline in the metals (late summer to December of last year) was merely a large corrective decline, and this spread is echoing that conclusion…

Long-term momentum during that period developed a series of lows at or marginally below the zero line (50-wk. avg.). 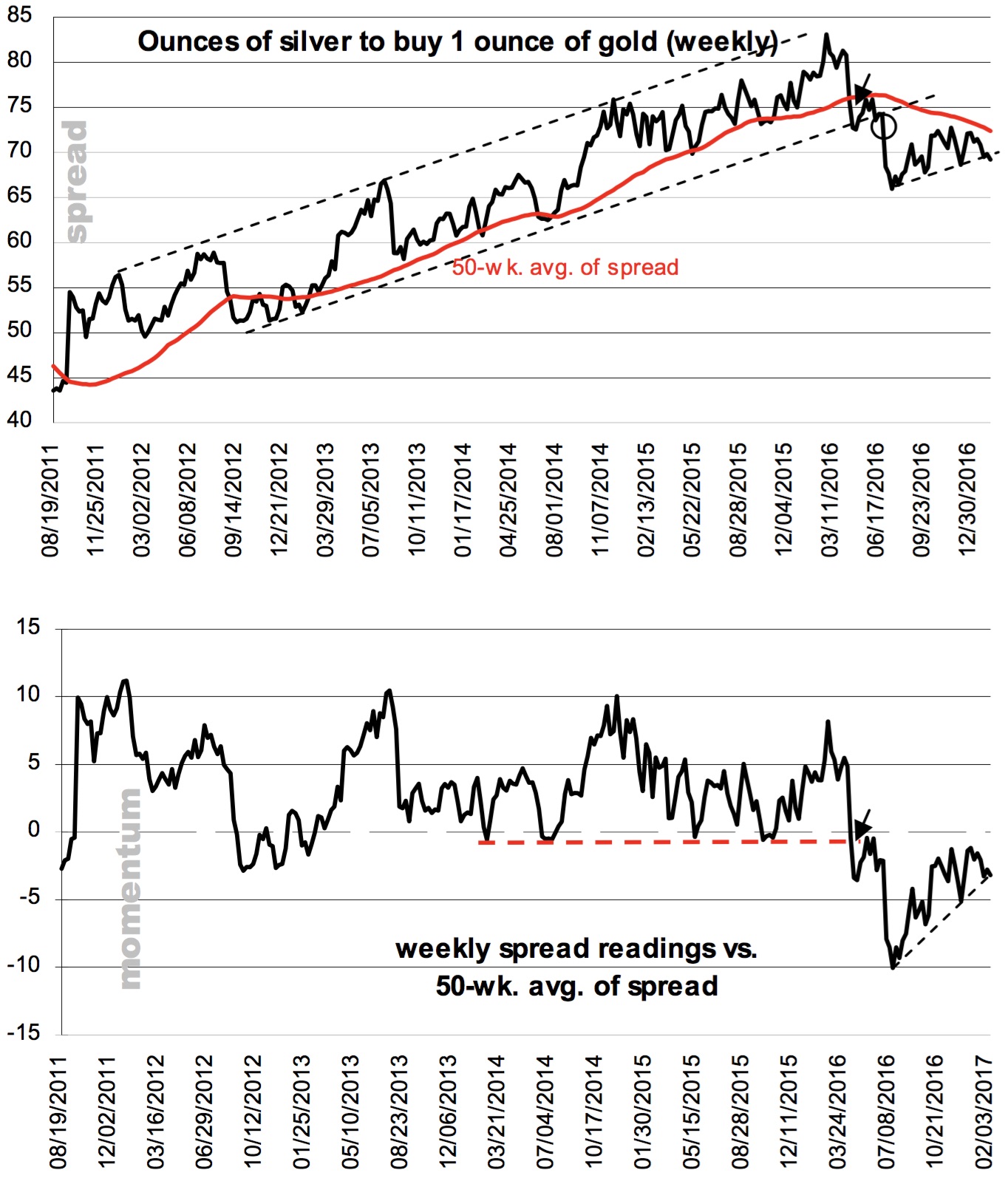 At the arrow (April, 2016) momentum broke that structure.  The arrow on the spread chart shows the point in time that momentum signaled its trend shift.   A few months later the spread followed with a breakout below its uptrend channel (circled).  At that point the trend that disfavored silver/favored gold shifted its major direction based on both of these long-term charts.  (Charts by Momentum Structural Analysis. www.olivermsa.com).

During the counter trend correction in the price of gold and silver (late 2016), this spread went the other way, disfavoring silver.   But that action did not violate the new major trend direction.  Momentum rallied back toward the point of downside breakage (likely resistance) and found resistance there. And the spread did the same, rallying back to the underside of the multi-year channel and stalling there.  Now both charts are rolling over.

If the current decline in the spread over the past weeks persists just a bit more then the minor uptrends on both charts will credibly break, indicating that silver is once again reasserting itself relative to gold.

King World News note:  For what it’s worth, during precious metals bull markets silver tends to lead as the gold/silver ratio declines.  So if silver begins to reassert itself as the leader that would be extremely bullish for gold, silver, and the mining shares.

This Is Truly Shocking And Hard To Believe