With the Dow closing at a new all-time high for the 12th consecutive trading session, and the war in gold and silver heating up, today King World News is pleased to present a crucial update on the war in the gold and mining share markets from Michael Oliver at MSA. Oliver allowed KWN exclusively to share this key report with our global audience.

By Michael Oliver, MSA (Momentum Structural Analysis)
February 28 (King World News) – GDX is again oscillating more violently than gold.  It seems to be in the DNA of gold mining stocks, or more likely in the DNA of those who invest and trade in those shares…

Yet, net on balance over the past year, GDX has been a better place to be than bullion, if measuring from the major point of breakout.  MSA defined the long-term momentum breakout for GDX as the zone from $15.50 to $16 in early February 2016.  A year later GDX is 46% above that breakout level, while gold is up about 9% from its comparable long-term momentum breakout signal level (see chart below). 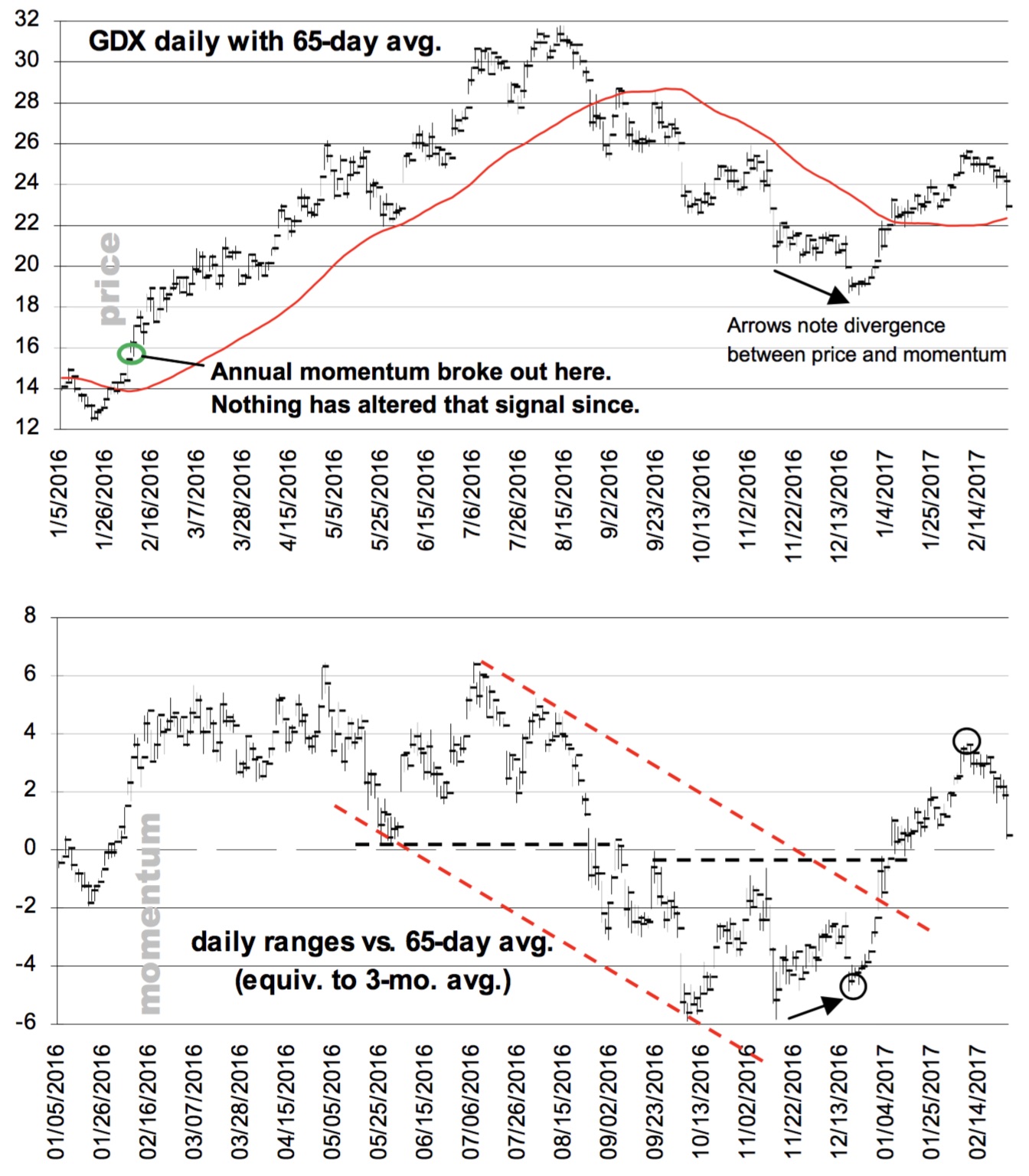 Relax: “Markets Breathe”
As for the current selloff, it looks deserved.  Consider just the size of the many momentum swings on the intermediate trend oscillator on the left.  From the late 2016 low (which did not confirm the new December price lows by the way), the momentum readings rose 8.5 points without correction from low to high (circled).  The single largest uninterrupted move in those readings in well over a year.

Markets breathe.  In this case it’s an exhale that makes sense.  No reasons are needed, just too much turf gained by this momentum chart in a short period of time.

As for GDX, it’s nearing what has tended to be a balance point (black horizontals) around the zero line/65-day avg.  That average is presently (Tuesday) at $22.38 and rising .03 per day.

Based on other more near-term indicators coupled with this intermediate trend oscillator, we suspect it will again find support around that area.  That was also the area that constituted the top end of the months of momentum basing action.  Therefore, it’s an area of likely structural support.

***ALSO JUST RELEASED: James Turk – “The Shorts Are Choosing To Fight,” Despite The Fact That “Silver Is The Cheapest Asset On The Planet” CLICK HERE.