The following charts are from the Wall Street Journal and others.  The first chart below from WSJ shows the new stock account openings by month in China.  Note how they skyrocketed in 2015. 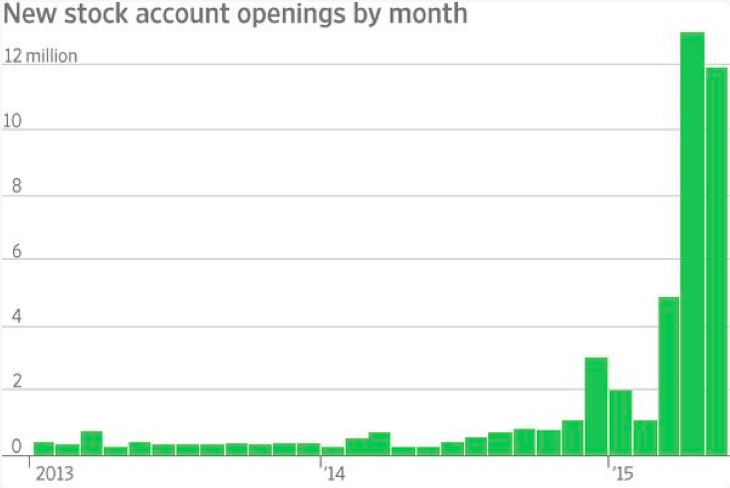 The second chart below shows what the Wall Street Journal calls the margin lending rollercoaster in China.  No wonder the Chinese government stepped in to rig its market in the short-run. 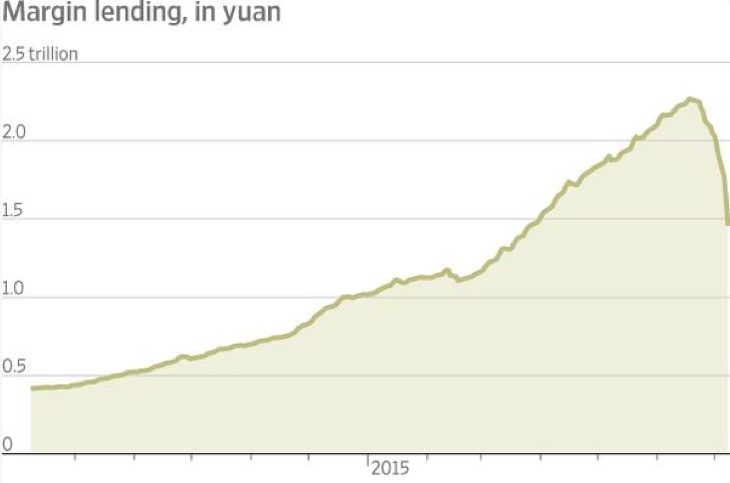 The third chart below from WSJ shows that commodity prices, including gold, silver and crude oil have been under tremendous pressure. 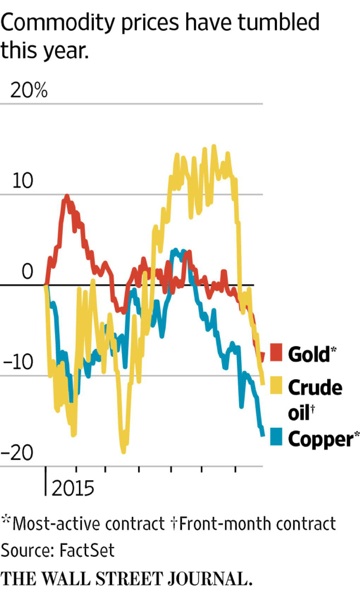 The fourth chart below from Bloomberg shows that speculators in the gold market are shorting gold for the first time since the U.S. government started collecting data in 2006. 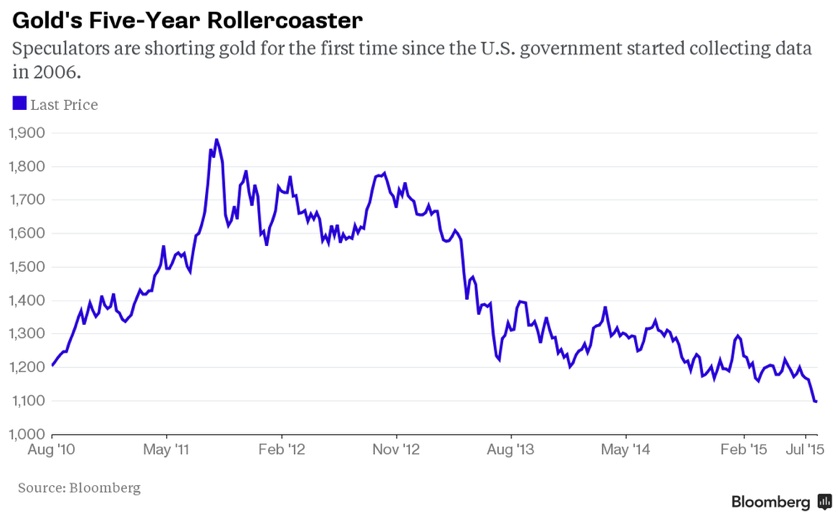 ***ALSO RELEASED:  This Is Only The Third Time This Has Happened In The Silver Market In The Past Decade! CLICK HERE. 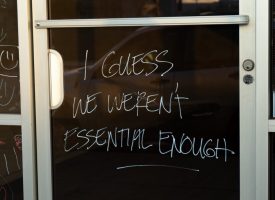 Gold, Silver And The Mining Stocks Are Headed Into The Stratosphere In 2018!