Here are three charts that will greatly impact the gold and silver markets in 2017.

And despite many predictions about the demise of China, their steel output remains very robust — not exactly a sign of weak demand.  This may be another reason to expect commodity inflation may pickup in 2017, with the caveat being potential weakness in crude oil because of commercial short positions. 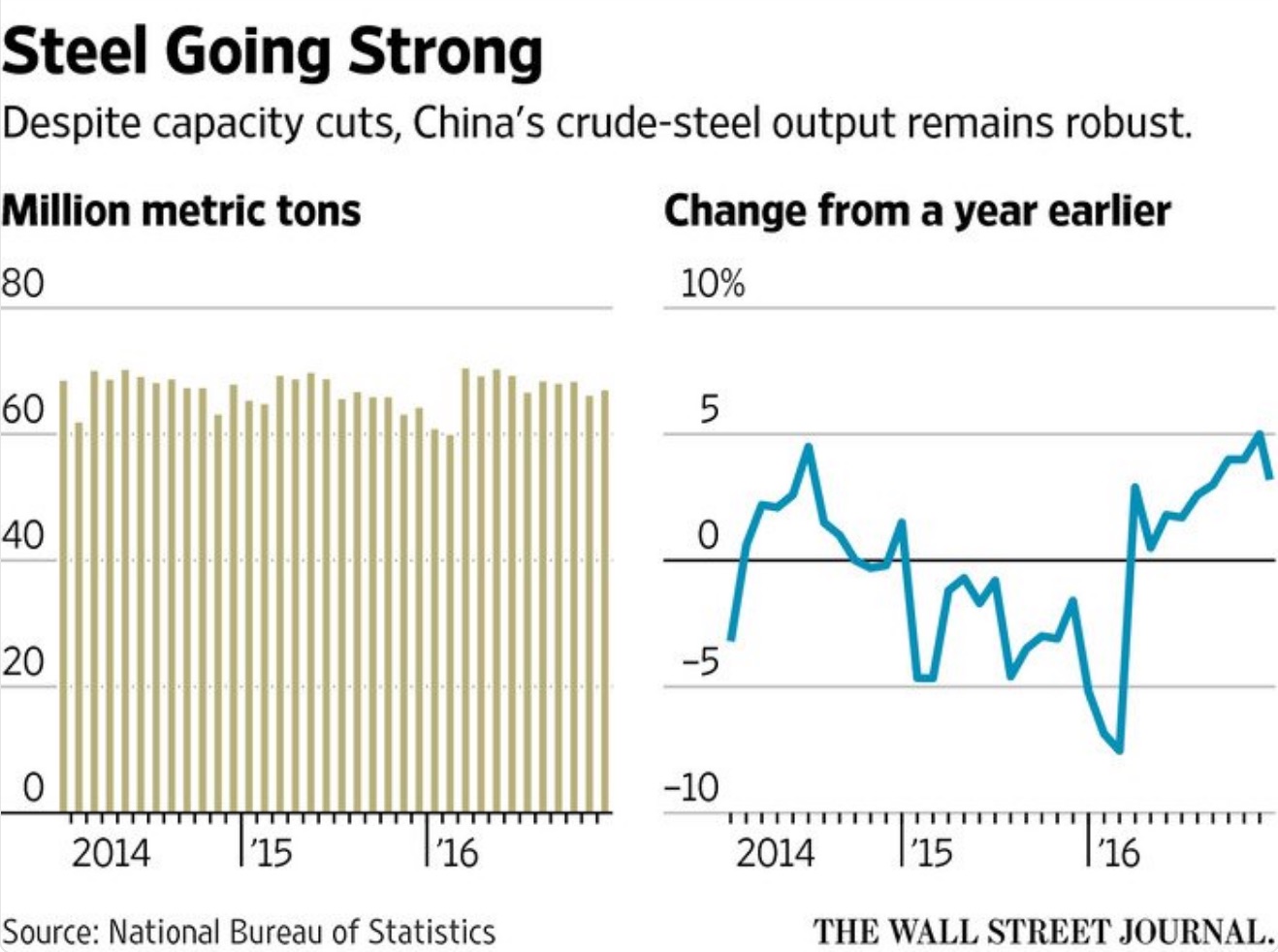 Commercial short positions in the gold market are not that aggressive…

However, in the silver market the commercials are aggressively short.  After the correction ends, both metals are expected to have a very big upside year because of mounting expectations of much higher inflation.